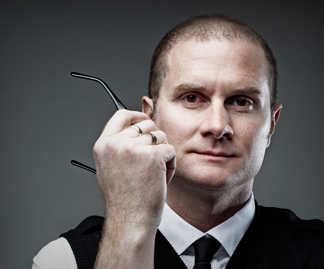 In Christian circles, pastor Rob Bell has created a stir of controversy in questioning the certainty of hell in his new book, “Love Wins”. In a matter of weeks the blogosphere and Twitter universe were reeling with critiques, reviews and backlash – even before the book was released.

While some have pointed out that what Bell argues isn’t anything necessarily new; what has caught many off guard is the questions are being posed by someone with such influence and responsibility. There are over 10,000 people who attend Mars Hill Church in Michigan and thousands more who follow his videos and books.

For all the backlash and hype, I believe there is a small silver lining. Bell has given people a reason to engage the conversation.  MSNBC, CNN and countless other news organizations are talking about life, death, Heaven and hell. The book is the match, but the conversation is the fire. And the fire is spreading. People are asking questions.

I believe Bell has actually helped the church by putting it in the best possible position to answer the questions he asks but sadly doesn’t answer.  And the church has responded. Pastors and significant Christian leaders have published in-depth responses to Bell’s questions. One seminary is holding a panel discussion, broadcast live on the web. I have no doubt that churches around the country, even across the pond, are answering the questions about life, death, Heaven and hell.

Where I diverge from Bell however is on the idea that the questions he asks don’t have answers.  He loves to ask questions; many which challenge Christian tradition. His questions don’t scare me and I welcome them because wrestling with our faith on many levels is good. But I believe answers to his questions and many others do exist in Scripture, from Genesis to Revelation. If we ignore clear, literal, accounts of the character and nature of God, how He interacts with His Creation, and what He’s said about our past, present and future, we are devaluing one of the greatest gifts of the Christian faith behind the saving work of Christ. Apart from Scripture we  have little to build our understanding of the Christian faith.

Regardless of Bell’s intentions, as Christians we have the opportunity and responsibility to fill the void he has created. Heaven and hell are realities and as Christians we aren’t given the license to massage our faith to a point where it’s more palatable or comfortable.

We must come face to face with the uncomfortable issues of Heaven and hell and know what we believe and why we believe it.

Thankfully there are answers in a book, it’s probably just not in Rob Bell’s.

***Fill the Void***
I believe Mark Driscoll and Tim Challies do a tremendous job at accurately explaining the Biblical evidence on questions relating to Heaven and hell.